The houses pictured in this link : http://www.immigrationwatchcanada.org/2011/03/29/march-29-2011-houses-on-death-row/ are all located on the West Side of Vancouver. Much of Vancouver’s west side has well-maintained houses on streets lined with old trees. It is regarded as one of the most preferred areas in which to live in Metro Vancouver.

The extremities of the West Side are near Burrard Inlet, the Fraser River and Georgia Strait. The latter connects to the Pacific Ocean. The bodies of water and the Coast Mountains are Vancouver’s major natural attractions.

The selling prices of the houses pictured ranged from about $1.5 million to $2.6 million. The lots that the houses were built on were about 120 feet long and ranged from 40 to 52 feet wide. About 5000 houses were sold in Metro Vancouver in January and February, 2011.

A significant percentage of the Metro Vancouver house buyers are Mainland Chinese.

On the west side of the City of Vancouver, a small part of Metro Vancouver, about 80% of the recent buyers have come from Mainland China. The percentage is even higher in Richmond, a suburb of Vancouver. Richmond (population 193,555) is now well over 50% Chinese, something achieved in the past 15 to 20 years. Richmond is now referred to as Metro Vancouver’s new Chinatown.

Some of the Chinese buyers are speculators. Some are immigrants. It is not clear how many are in each group.

In the early 1990’s, Hong Kong residents flocked to Metro Vancouver because they were afraid of the negative economic impact Mainland China might have on HK when it re-took HK from the UK in 1997. Hong Kong people greatly inflated Metro Vancouver house prices. The latest Chinese have done the same. Some have caused bidding wars which have resulted in listed prices being exceeded by several hundred thousand dollars.

Most Canadians will find these prices unbelievable. The amount paid in over-bidding alone is greater than the total value of most Canadian houses.

Even more unbelievable is that most of the houses pictured are on Death Row—-even though many have been updated and could be lived in for many years to come. Although all the houses to be torn down do not meet these criteria, a significant number of them do and are an important part of the architectural history of Vancouver’s residential housing. Most will be torn down and replaced with much larger houses paid for by money whose offshore origin should have been, but probably has not been, scrutinized.

The following are given as reasons for why Mainland Chinese are buying West Side and Metro Vancouver real estate:

1. The Chinese government has recently clamped down on property speculation. Speculators had driven up housing prices in parts of China to unaffordable levels. Canada has few limits on speculation. Much of the real estate industry thrives on it. Real estate agents can earn between $50,000 to $75,000+ on the sale of one Metro Vancouver house. This is more than most Canadians earn in an entire year.

2. Canada has unwittingly invited Mainland Chinese buyers through its immigration policies. With notable exceptions, Canada’s real estate industry has supported Canada’s high immigration policies because high immigration provides a steady inflow of house buyers. The real estate industry funds one prominent organization, The Urban Futures Institute (UFI), which pretends to be a “think tank”. For years, The UFI has published studies claiming that  Canada needs high immigration levels to stimulate our economy and to look after our aging population, etc. The facts about these issues (that immigration has provided negligible economic benefit to Canada and has probably—since 1990—had a severely negative economic impact on Canada; and that Canada would be better off using its own population to solve population aging) have been ignored by The Urban Futures Institute. Most of Canada’s media have never bothered to investigate who sponsors the UFI. All (particularly our CBC) have never questioned whether the UFI’s studies are biased. Almost all the media have merely repeated what groups like The Urban Futures Institute have told them.

3. The Chinese government has recently loosened its laws which previously restricted taking money out of China. Rich Chinese have seized this opportunity and are buying houses in Canada..

4. The Chinese see Metro Vancouver prices, already the highest and least affordable in Canada, as low-priced—in comparison with what is available in preferred areas in China.

5. The Chinese see the environments of their cities as more and more polluted and unhealthy. They regard areas like Vancouver as still relatively clean—-although objective assessments of Metro Vancouver see it as increasingly more crowded and dirty. Some Chinese regard Canada’s politicians, who think that endless population growth is good, as environmentally naive and gullible.

6. The Chinese are looking for an educational escape hatch in Canada for their children. In China, there is a large amount of competition for a very limited number of university spaces. In contrast, there is relatively little competition in Canada. In fact, Canadian universities, thanks to the policies of politically-correct presidents and other administrators, actually discriminate against Canadian-born under the guise of promoting “diversity”.

7. Real estate agents are actively enticing Chinese buyers. One was recently featured on Metro Vancouver TV News taking prospective Chinese clients on a helicopter tour of the city, highlighting its spectacular mountain and ocean setting and its amenities. 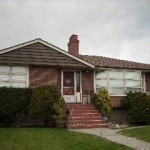 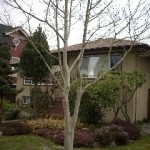 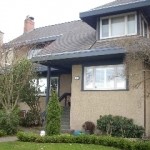 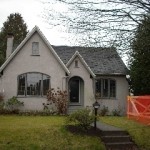 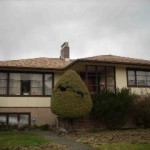 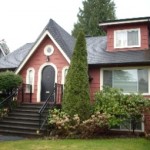 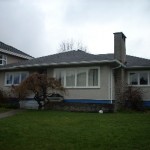 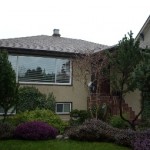 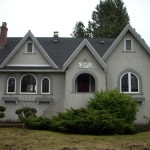