Do Canadians really want every April to be “Sikh Heritage Month”?

DO CANADIANS REALLY WANT EVERY APRIL TO BE “SIKH HERITAGE MONTH”? 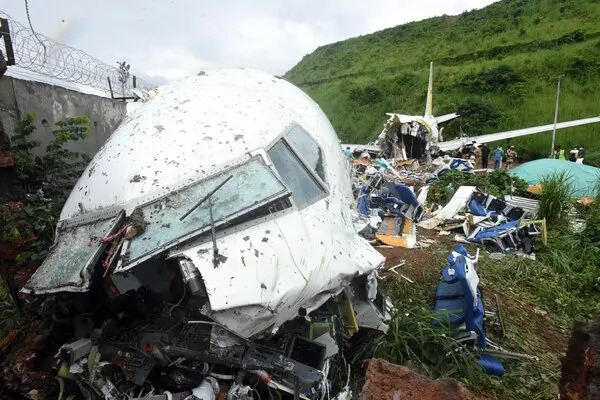 Sikh Terrorists were protected and shielded by much of the Sikh community after the Air India terrorist attack. And somehow they want Canada to dedicate a whole month in their honour.

Most Canadians are completely unaware that Canada’s Parliament passed a motion in 2019  to make every April “Sikh Heritage Month” . The one big question many Canadians probably ask  is this : “What have the Sikhs done to deserve a whole month being set aside for them. Disgracefully worse, no MP’s abstained or voted against the motion.

Ironically,  the behaviour of some of the earliest Sikhs to arrive in Canada (aboard a Japanese-named ship called the Panama Maru in 1913) was a foreshadowing and a warning of  massive Sikh abuse of Canada’s immigration laws.

Today, Sikhs repeatedly use the Komagata Maru event to proclaim that they were victims and that Canada has to atone to them by removing all barriers to Sikh immigration.  In their whining, they omit many facts including the uncomfortable fact that they assassinated a Canadian immigration agent who had opposed them in 1914.  They also omit the extremely important fact that Gurdit Singh (the leader of the Komagata Maru expedition) boasted that if he succeeded in landing the 300+ Komagata Maru passengers in Vancouver, he would bring 25,000 more Sikhs soon after. This threat alarmed Canadians in 1914 because if it were to come true, it would have greatly changed Vancouver’s entire cultural make-up. To show some context, consider this : around 1914, the City of Vancouver had a population of about 60,000. For details of the entire KM incident, , see https://immigrationwatchcanada.org/2008/05/22/the-voyage-of-the-komagata-maru-a-review-and-a-short-summary/

Here are some details of The Panama Maru incident of 1913 :  The ship called the Panama Maru carried 56 East Indians to Canada. Most of the passengers on that ship had not lived in Canada previously, but falsely claimed that they had. They produced fake money order receipts, time cards, etc. in order to enter Canada. Immigration authorities allowed 17  (those physically recognized to have been here before) to land. But they detained 39 of the 56. A Board of Inquiry looked into the case and ordered that the 39 be deported. However, litigious East Indians in Canada determined to make the Panama Maru case a test case which, if won, would open Canada’s border to a flood of Sikhs and other East Indians. The lawyer for the East Indians,  J.Edward Bird, appeared before Justice Dennis Murphy, the author of a Royal Commission which had investigated Chinese Immigration Fraud. He ruled against the East Indians. Undaunted, Bird then went to Chief Justice Gordon Hunter, who was notorious for appearing drunk in court and who was a clear embarrassment to the government. Hunter allowed the 39 to stay. Worse still, 4 of the 39 who had been ordered deported for medical reasons, escaped from detention and could not be found. After this humiliating incident, Canadian immigration authorities undoubtedly resolved not to let the Sikhs humiliate them again, particularly those who arrived on the Komagata Maru months later.

Although many years of Sikh immigration peace followed, the Singh Decision of 1985 changed that and signaled the beginning of run-away, Sikh-caused refugee and immigration chaos in Canada. Between 1977 and 1981, six citizens of India (all Sikhs with the surname Singh) plus a Guyanese citizen of Indian heritage, made separate refugee claims in Canada. This should have been seen as another warning. In making their claims, the Sikhs continued a Sikh pattern of using litigation to break down any barriers to Sikh entry to Canada. Initially, all seven were denied entry, but they used a loophole in Canada’s Charter of Rights and Freedoms (particularly the definition of the word “everyone” to include non-Canadians such as them) and remained in Canada. In doing so, they turned Canada’s refugee system into a quasi-judicial body which soon became mired in tens of thousands of claims (most of them illegitimate). http://immigrationwatchcanada.org/2005/03/23/the-1985-singh-decision-disaster-vs-the-1985-air-india-disaster/

The most serious sin the Sikhs have committed in Canada was their bombing of Air India Flight 182. This resulted in the  murder of 329 people. This was the largest mass murder in Canadian history. In fact, it is also the only thing that many Canadians think of when they hear the word “Sikh”. Almost all of the Sikhs involved in that murder have not been punished.

The damage the Sikhs have done to Canada does not stop there.  The cost of refugee claims since the “Singh Decision has increased dramatically  into the billions).  That alone should have moved many MP’s either  to  abstain in the voting for “Sikh Heritage Month”  or to vote outrightly against proclaiming April “Sikh Heritage Month”.   But disgracefully, it did not do either.

For details about Sikh heritage to Canada,  watch this film about the Sikh bombing of Air India Flight 182 and the murder of 329 people : 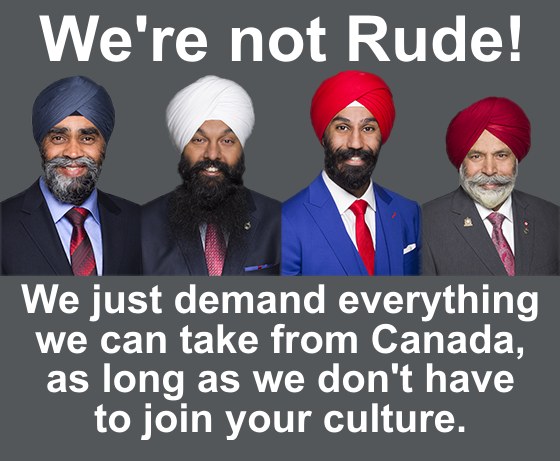 We’re not crude, we just want everything we can get from Canada, without having to join your culture