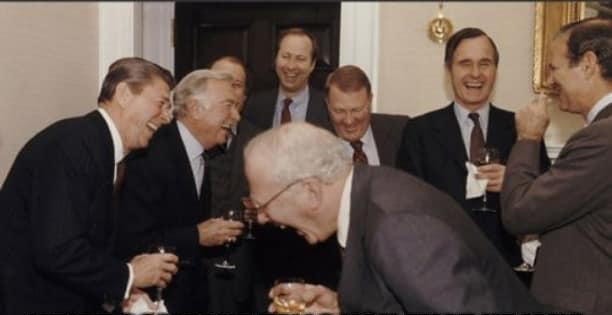 Canada’s Universities are supposed to serve students from Canada’s Majority Population, not International Students.
However, a significant number of Canada’s university and college administrators obviously think the opposite. If Canadians are looking for proof of this, they need only look at the huge number of ads many universities have composed to recruit foreign students:
https://www.google.com/search?q=international+students+canada+get+jobs+and+scholarships&source=lnms&tbm=isch&sa=X&ved=2ahUKEwja69m1j83zAhUEm-AKHZqYD88Q_AUoA3oECAEQBQ&biw=1284&bih=488&dpr=1
As anyone can see, thousands of scholarships are offered to foreign students. In fact, the first question that many people would ask is this : What scholarship money is left over for Canadian-born students when so much money is given to foreign students whom Canada almost certainly does not even need?
Furthermore, many International Students are allowed to work while they attend post-secondary institutions. Since the number of these students is so high (approaching 700,000), a second question Canadians should ask is this : Are these hundreds of thousands of international student workers displacing Canada’s own job-seekers ? It is almost certain that a significant amount of displacement is happening.
A third question is this : Since International students need to rent housing, are they driving up the cost of rent which is already beyond the reach of many Canadians?  That too is almost certainly happening.
A fourth big question is this : How many Canadian-born students are being displaced from positions in Canadian post-secondary institutions which their parents and ancestors paid to build? For this reason alone, Canadian descendants of university builders should be considered before any International students. However, weak, treacherous university administrators have claimed that displacement is not happening. One of those weak administrators was former University of B.C. President David Toope. He provided absolutely no evidence to support his claim that International Students are a major benefit. Dozens of university administrators across Canada have also been very weak.
The evidence against Toope has been that Chinese-born students there now taunt Canadian-born students by saying that the letters UBC actually mean The “University of a Billion Chinese”. UBC’s Canadian-born have good reason to conclude that something is very wrong at UBC. Toope’s successor, Korean Santa Ono has been a virtual “Santa Claus” to International Students. Worse still, he has openly expressed contempt for Canada’s university builders and Canada’s majority European-based founders and descendants. That is strange indeed because he received his position almost solely because he is not White. He had little to recommend himself.
According to the Canadian Bureau of International Education (a private, greedy international student advocacy group), there were 494,525 Foreign Students in Canada in 2017. According to Canada’s Immigration Minister, the total in 2021 will be over 700,000.What is going on? If there is no evidence of a significant benefit that international students are providing to Canada, why is Canada taking these large numbers?
The obvious answer is that Canada’s post-secondary administrators are guilty of negligence in performing their duty to Canadian-born students. In contrast, American academic George Borjas at Harvard has done extensive research on this topic. His work, “An Evaluation Of The Foreign Student Program” was published in July 2002 and is available at http://papers.ssrn.com/sol3/papers.cfm?abstract_id=320248
Another American study, “Who Pays? Foreign Students Do Not Help with Balance of Payments” was prepared by David North for the Center for Immigration Studies in Washington, D.C. He concluded that American taxpayers are subsidizing International Students. http://www.cis.org/foreign_students.html
So far, no Canadian academics have had the courage to defend Canada and its students.
It gets worse !! Many university administrators have long boasted that the high tuition fees that international students pay provides much-needed revenue for universities. However, there is little evidence that this claim is true. In fact, even the Canadian Bureau for International Education admits that up to 60% of International Students will apply for Permanent Resident status. In other words, Canada’s International Student programme has become yet another unjustified immigration door that foreigners can use to cheat their way into Canada. More damning still is the fact that International Students can actually apply for Permanent Resident status in their first year of being in Canada. That allows International Students to stop paying the high fees they were paying in their first year at UBC and elsewhere.
According to information that Immigration Watch has received from UBC for the year 2018, 450 of UBC’s International Students applied for Permanent Resident Status late in their first year at UBC. In other words, the financial advantage that International Students provided to UBC was very temporary.
How many International Students in other parts of Canada do the same thing? We don’t know. But there is one thing that we can be certain of : Canada’s CBC and its other deadbeat media will not try to find out these numbers. Neither will Canada’s Immigration Department, its deadbeat Immigration Minister and its Prime Minister who is a quisling of unparalleled magnitude.
Here is the logical and inevitable last question : When will this International Student fiasco end?
For commentary on the intellectual climate in Canada’s universities, see the following :“Watch Your Mouth-You Are In A Canadian University Now” It was written by IWC researcher Tim Murray and is relevant to the material in this bulletin. http://www.immigrationwatchcanada.org/2010/01/09/watch-your-mouth-you-are-in-a-canadian-university-now/
For Canadian commentary on the International Students issue , see the following :
The late Canadian ambassador and prolific immigration researcher Martin Collacott contradicted the claim that International students provide a significant financial benefit to Canada.
https://immigrationwatchcanada.org/2018/04/16/university-claims-benefits-foreign-students-unsubstantiated/
https://www.youtube.com/watch?v=RGKQHmEtQcM
http://www.globalnews.ca/16×9/video/extended+preview+dubious+degree/video.ht
ml?v=2190434856&p=1&s=pd&searchQuery=China#season+5/search/China