The Suicide Mission of the Trudeau Government 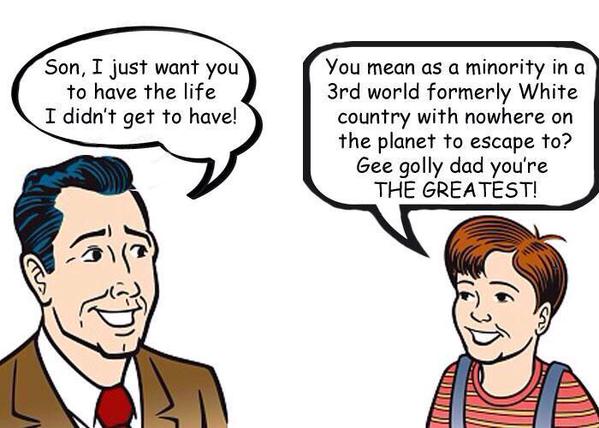 For those born-and-raised in Canada, it is with shock and amazement that we come to understand our current Liberal government’s social agenda for the future of our nation.

As months pass since our federal election, the people of Canada are coming to recognize a profound truth: the pre-election campaign and the post-election platform of the Liberal Party are two very different entities. Indeed, beyond myriad broken promises and deficit miscalculations, the Liberal Party of Canada are intent upon engineering the greatest social transformation in Canadian history.

Plainly stated, the ruling Liberal government of Canada has a death wish. This ominous condition, however, has little to do with putting an end to Islamic terrorism, global warming, or any other societal malady. This death wish is of the cultural variety, and if successful, will result in the demise of our nation’s two founding communities — English and French Canada.

Since the election of Justin Trudeau as prime minister, the Liberal government has unrolled a litany of policy changes aimed directly at altering the social fabric of our nation. Most fall under the two-headed hydra of immigration and multiculturalism — doubling refugee quotas and family reunification numbers, reuniting overseas spouses, permitting new citizens to remain in their country of origin, and, most unbelievably, reinstating citizenship for those convicted of terrorist activities.

While the Liberal Party continues to flaunt its vacuous “sunny ways” approach to governance, millions of conservative Canadians are feeling as though the national carpet has been pulled from under their collective feet. Not that things are all that different for liberal-minded folks — our government isn’t paying attention to them either.

Powerless, helpless — these “old stock” Canadians are being put out to pasture faster than you can say “Alberta beef.” Justin Trudeau doesn’t want to know about them. In fact, he has yet to even acknowledge their existence.

Immigration Minister John McCallum — an MP of a riding composed of 85% “non-traditional” Canadians — is so enamoured with importing Middle Eastern refugees he has forgotten all about the fact that over 75% of our citizenship were born upon Canadian soil.

All the while, Justin and company keep pounding away at the bedrock of Canadian identity. When considering Canada’s religious communities, the Liberals have gone all-in. Islam is in, while the Christian faith — the religious heritage of the majority of our nation — stands upon shaky ground. The elimination of the Lord’s Prayer from our public school system and the removal of “unsightly” crosses from government offices and buildings are just two modern-day examples. In the meantime, Islamic prayer sessions within our school system continue to stand as shining examples of “religious freedom.”

Every once in while, in order to develop a deeper understanding or gain objectivity, it is worth turning the tables on a particular situation. A most fitting example can be found when considering the top source nations for migrants to our country. For the past several decades, four of the main sources of immigrants to Canada have been India, China, Iran and Pakistan.

Has even one of these nations implemented an official policy of enforced diversity? Of course not. Do any of these nations accord special status to, for example, American or British culture? Not in your life. Which of these nations support, finance and promote Christianity within their borders? The question is entirely absurd.

Yet, upon turning back the tables, it is obvious this inverted form of social engineering is exactly what our Liberal government is currently promoting. There is a fitting term for this program — “cultural suicide.” Which other countries share this governmental policy? None — it is entirely unique to the nation of Canada.

Presented in slightly different terms, here is a fact neither our current Liberal government, nor any proponent of enforced diversity would want articulated in a lucid manner: Canada is the only nation on earth to adopt a policy to eradicate its own national identity.

The Liberal Party of Canada are a “forward-thinking” lot. They have no regard for retrograde concepts such as English Canada, French Canada or Christian Canada. For these Liberal ideologues, these communities are the dinosaurs of society. Justin Trudeau, in spite of his smiling “sunny ways,” is simply waiting for the largest demographic community in Canada to wither and go gentle into that good night.

The truth is — it’s working. Canadians are indeed buying the kool-aid, and upon drinking their fill, will be ready to take their place next to the T-Rex exhibit at the Tyrell Museum in Drumheller.

What is it about the Canadian people which makes them so passive as to meekly accept a socially engineered program of cultural eradication? It is a question which may never be answered, and even if the good people of Canada ever do find an answer, it may well be too late to do anything about it. The fact that the leading proponent of our cultural demise happens to be Prime Minister Trudeau only adds insult-to-injury.

Is there a way out? There must be — after all, even the Poseidon Adventure had a happy ending. One thing is certain, however — it will never happen as long as Justin Trudeau is leader of our nation.

So here sits conservative Canada — not to mention the Conservative Party of Canada — contemplating the fate of a country turned inside out by way of a political ideology no one asked for in the first place. Perhaps, we would be better off waiting for a miracle.