by: STUDENTS FOR WESTERN CIVILISATION 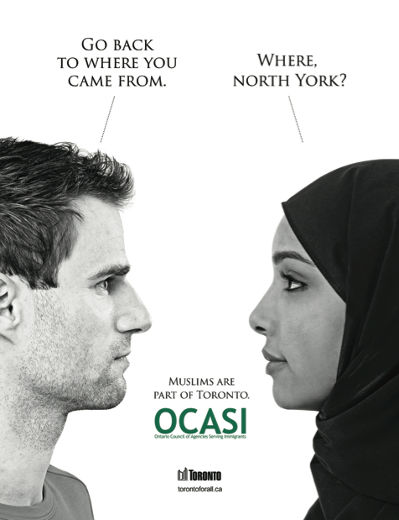 The City of Toronto has released a new poster which is being featured on bus stops around the city.

The poster is problematic for a number of reasons:

As the forces of globalization continue to create the demographic pressures which are turning European peoples into minorities in the spaces where we have lived for generations, expressions of hostility and hatred towards us will become of greater and greater significance. In this context of anti-white hostility and demographic weakness on the part of Europeans, it is important that we have institutions to study and identify our interests and advocate on our behalf. This is why Students for Western Civilisation exists, and this is why we need a #whitestudentsunion.