A Tribute To Andre Drouin, A True Canadian Hero 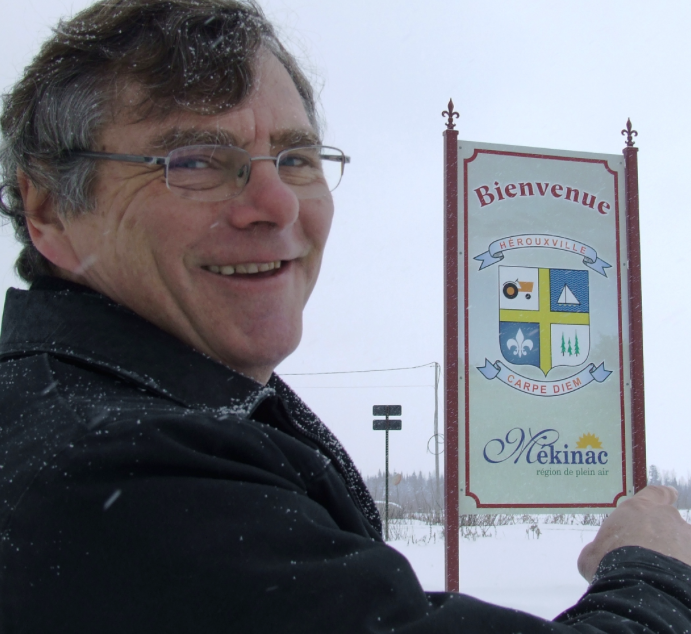 André Drouin, a true Canadian hero, has died.
A Farewell to André Drouin – a mighty warrior has fallen

André attended the Collège Militaire Royal de Saint-Jean, Université de Sherbrooke and École Polytechnique de Montréal, where he received a degree in electrical engineering. He also served in the Royal Canadian Navy. Did his educational and military background prepare him for a future dedicated to fighting for the values and liberty of our country? Or was it the time spent in Saudi Arabia where André came to understand firsthand the effects of Sharia law on society? It was likely in these formative years that the seeds of his future activism – and celebrity – were planted.

André sprang into prominence in 2007 when he authored the controversial Hérouxville Standards that sparked national and international debate over the principle of providing reasonable accommodations for cultural and religious diversity.

The ‘Code of Conduct’ that he authored spelled out standards for newcomers to his community. It was a short pamphlet that, by listing cultural norms that were to be accepted as well as behaviours that were unacceptable, pointedly illustrated how multiculturalism is a tool that will lead to the destruction of a country, and why religious accommodation is something we must keep away from. It warned immigrants who wanted to settle in this 98 percent French-speaking, rural community of 1,300 that there would be no religious face coverings, no stoning or burning of women, and that men and women could swim together in the local pool. This declaration was purposely exaggerated to get attention. Of course nobody anticipated “stoning” people which is a crime but André was making the point that what begins with accommodation of the niqab can end in sharia law. He knew what he was doing. He wanted to make a big splash to wake people up and he did.

The controversial document drew national and international media attention because of its perceived eccentricity and alleged lack of inclusiveness toward certain minorities. The Hérouxville declaration was condemned by many, including in Quebec, as heavy-handed and even xenophobic. However, despite the opprobrium of the media and the elites, André received tens of thousands of supportive emails from people in Canada and throughout the world.

He spent the intervening years developing a worldwide network to communicate and exchange views about immigration, religious practices he regarded as incompatible with western values, and multiculturalism. He believed that because of multiculturalism, Canada had lost her bearings. Every day he sent emails in French and English to about 100,000 correspondents. They, in turn, re-sent his missives across their own networks, spanning the globe. André worked closely with Anglophones, Francophones, Jews, Christians, Muslims and atheists and was not bigoted in any way. It was Islam and its tenets he grappled with.

With his Hérouxville declaration, he brought the issue to the attention of many, including those who did not want to hear, which unfortunately still includes many of our leaders. He kept many of us well-informed with his email blasts – a veritable clearinghouse of information! And even as the “useful idiots” in the House of Commons just passed Motion M-103, Canadians with awareness are coming together to join in the fight to retain the freedoms that the West struggled so hard to achieve and that we can no longer take for granted. Many of us know that the battle has just begun.

On a personal level, André stood beside me from the beginning of establishing ACT! For Canada. He encouraged me; he mentored me; he supported me; he gave me advice. He always made me feel that our work was significant and important in this battle. So many times when I felt disheartened and discouraged and wanted to give up, I would think of André and his heroism with Hérouxville and how he never backed down and it gave me courage and inspiration. As well, I was always taken by his love of God, country, community, family and friends. His caring and gracious character made a profound impact on my life and I will carry those memories with me always.

André was an officer and a gentleman. He was a great Quebec nationalist and a great Canadian patriot. Rest in peace, dear friend. We say goodbye to this Canadian icon – recognized as a leader by those of us in the struggle to keep our country from going down the dark path of Islamization.

André died peacefully on Sunday, April 2nd. He is survived by his loving wife, Luce Rivard, and three children, Sébastien, Carl-Étienne and Catherine. A private burial was held.