Canadians for a sustainable society

Did you know that Canadians are among the highest per capita producers of climate changing carbon emissions in the world?!  Per person, we release more than 3 times the world average!

Our high consumption of fossil fuels is because of:

The Kyoto Accord covered greenhouse gas emissions from 1990 to 2012.  Of the 58 signatories, Canada posted the second worst record, with emissions actually increasing by 21% instead of being reduced by 6%.

The fact that Canada came in 27% over its target speaks to the complete lack of science and clear national policy to guide GHG  (green house gas) reduction in this country.   The common consensus of what caused this massive overshoot is that the oil sands are to blame.  Oil sands emissions have increased dramatically and perfectly fit the profile of a well-rounded environmental disaster so it is easy to understand why people have looked no further for any other source.

But oil sands emissions only account for 70 mega tons of the 156 megatonnes that Canada’s emissions went up from 1990 to 2012.  Additionally, Ontario saw a reduction of 30 megatonnes by replacing coal-fired electrical generators with natural gas generators.

So, in effect, the combined increases in GHG emissions totaled 186 megatonnes.  Subtracting the oil sands contributions leaves 116 megatonnes unaccounted for.

Here’s the thing.  Each year every Canadian emits over 20 tons of GHG’s.  From 1990 to 2012, Canada’s population increased by over 6 million people, the vast majority of which was caused by mass immigration.  The increase of 6 million people multiplied by their 20 ton emissions equals 120 megatonnes and accounts very well for the 116 megatonnes of ‘Mystery emissions”.

The main source of Canada’s dismal carbon emissions record is clear.  The “Mystery emissions” result from population growth due to immigration and childbirth. 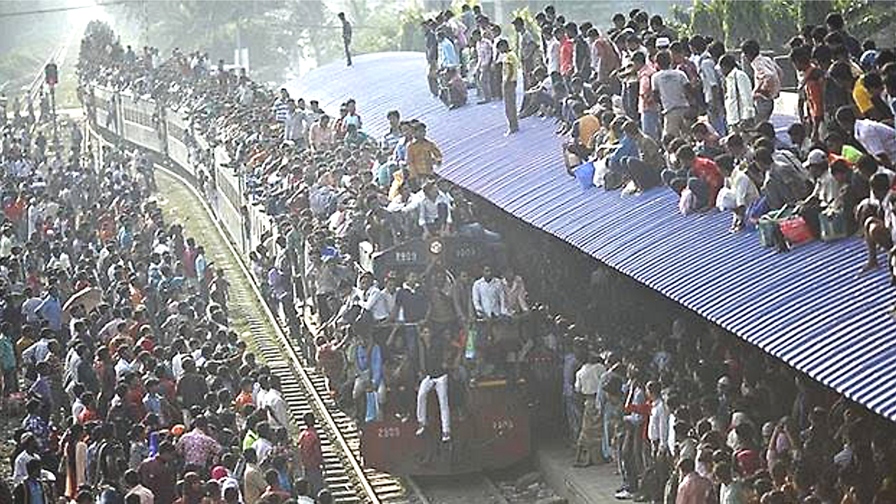 So we  ask, “WHICH IS WORSE” for Carbon Emissions?
(A) “SURREY SKY TRAIN STATION in 2030 AS A RESULT OF MASS IMMGRATION FROM INDIA”
or
(B) “REFINING OIL FROM CANADA’S OIL SANDS” 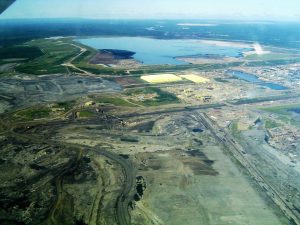 Mass immigration is the largest contributor to our growth and GHG emissions.  The real mystery is why no government agency or media is talking about it.

Canada cannot continue to miss its GHG emissions targets and remain in the dark as to why.  We must have a full accounting of all sources if we are to have a realistic chance of meeting our responsibilities to the international community and to future generations.

Our institutions must stop stonewalling on the impacts of population growth whether it stems from mass immigration or domestic birth rates.

If we don’t have the full picture, how can we deliver lasting solutions?

Below is a link to Canadians for a Sustainable Society’s  youtube video on the extra “mystery” emissions generated by immigration. To view, click on the arrow.

4. According to the Canadian Bureau for International Education (a private advocacy group), as of December 31, 2018, there were 571,215 international students in Canada, a 16% increase over 2017. This number increases every year, and so far in 2021, this totals

7. According to the World Bank, Remittances sent 'back home' by Temporary Foreign Workers and Immigrants in Canada total $40 Billion a year. That means $40 Billion less circulating in Canada's economy and not employing Canadian-born. So far, in 2021, the remittance total is:

9. The International Mobility Program admitted  about 70,000 guest workers  to Canada in 2005. But by 2018, Canada was accepting more than 250,000 in this category, which is typically made up of younger foreigners  on two-year visas. The International Mobility Program is a second Temporary Foreign Worker Program, and according to two Canadian economists, most Canadians are unaware of this program and employers are widely abusing it. So far in 2021, this totals: